About the Henry B. Tippie National Aviation Education Center

The Henry B. Tippie National Aviation Education Center (NAEC), named in honor of the late, Mr. Henry B. Tippie, a World War II veteran {click to learn more}, is the flagship of the American Airpower Heritage Museum (AAHM). The NAEC located at the Dallas Executive Airport provides hands-on learning opportunities and experiences for all ages. The 47,000 square foot facility is dedicated to education with the mission to Honor the Past, Empower the Future.

The museum wing includes the world’s largest collection of authentic World War II nose art, a theater, and exhibits with artifacts to honor the contributions of diverse populations. Visitors will be inspired by aviation and history while learning impactful stories of heroes in World War II. The James C. Ray Education Wing houses workshops, leadership simulations, and STEM (science, technology, engineering, and math) programs in a more formal setting. 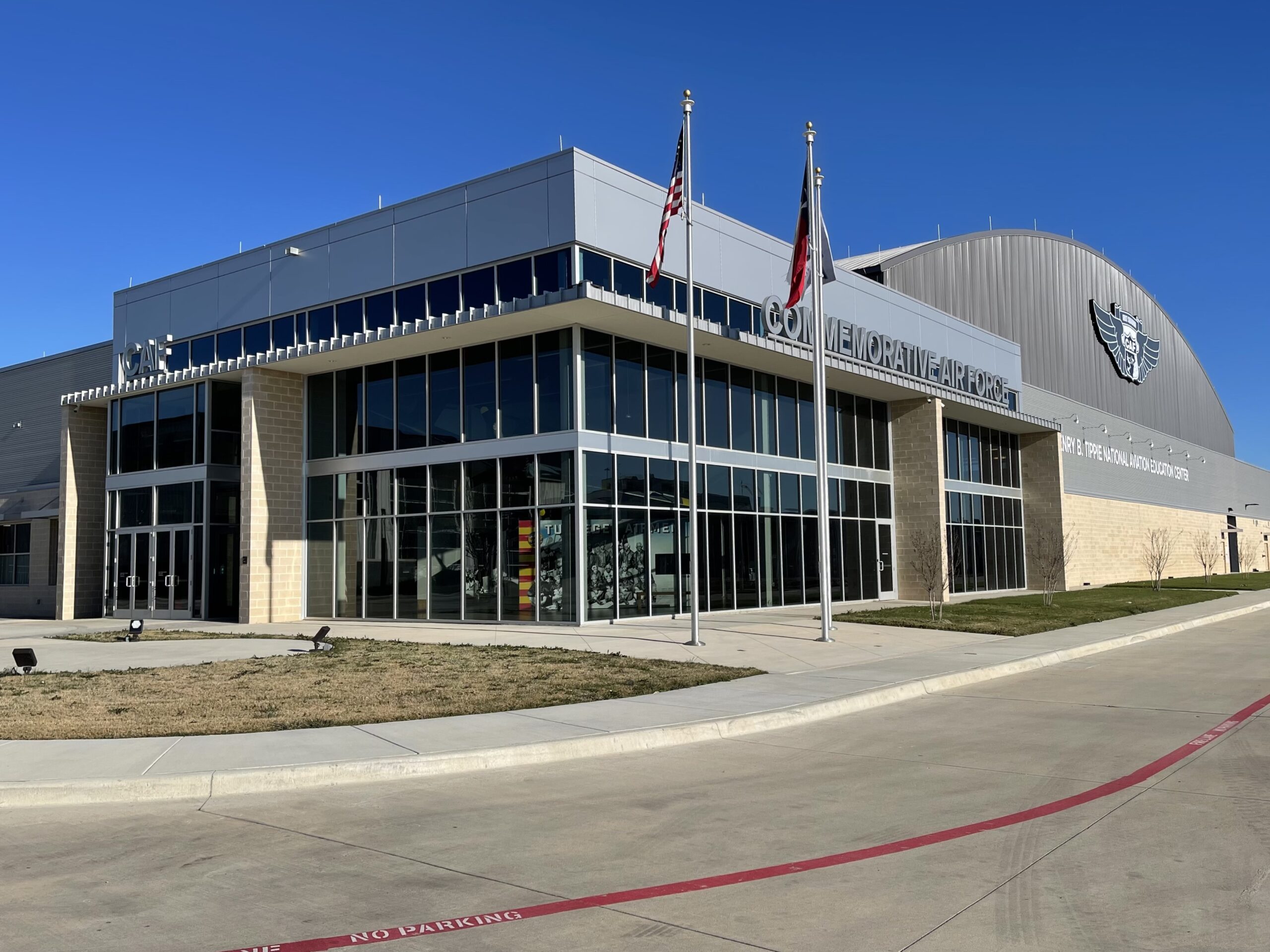 The AAHM is a part of the American Airpower Heritage Group (The Group), which is comprised of several non-profit organizations, including the Commemorative Air Force (CAF).  All members of The Group are commonly controlled and frequently, the CAF, as the most recognizable name, is often used to reference members of the The Group. The CAF was founded in 1957 when several pilots came together to ensure the legacy of the aircraft, and the men and women who built, flew and maintained them, during World War II was not forgotten.

The CAF is the nation’s leading organization devoted to educating, inspiring, and honoring through flight and living history experiences. We own and operate more than 175 aircraft in 80 units across the United States—the largest collection of vintage military aircraft in the world. Educational outreach impacts millions of Americans through school presentations, airshows, flight demonstrations, and educational activities.