The Victor N. Agather STEM Innovation Hangar is named in honor of the man who had a significant impact on the development of the B-29 Superfortress during World War II, as well as in recognition of the support and leadership he provided to the Commemorative Air Force, beginning in 1964 until his death in 2000.

Born in Kalispell, Montana., on Aug. 21, 1912, Victor N. Agather, Sr. learned to fly in a Curtiss Jenny, a biplane that was common during the time.  Agather attended Georgetown University on a scholarship and supplemented his income by giving flying lessons.

By the time the United States entered World War II, Agather, an investment banker on Wall Street, had already been called to active duty and was a member of the team working on the development of the B-29. He was involved with the B-29 program from blueprint to V-J Day (Victory Over Japan).  He was instrumental in preparing the first 300 B-29s to be taken overseas in what became known as “The Battle of Kansas.” He worked primarily on the 2,200-horsepower engines, which tended to overheat. Agather was stationed in Kharagpur, India and Chengtu, China. His final assignment was in the Marianas Islands, from which the B-29s began bombing Japan in early 1945.

After the war, Agather returned briefly to Wall Street, but in 1946 he moved to Mexico with his wife, Fifi. He built up his company, Intercon, an investment company involved in the automotive, industrial, and marine sectors in Mexico.  He served on many boards, including the U.S. Chamber of Commerce of Mexico and the American British Cowdray Hospital. 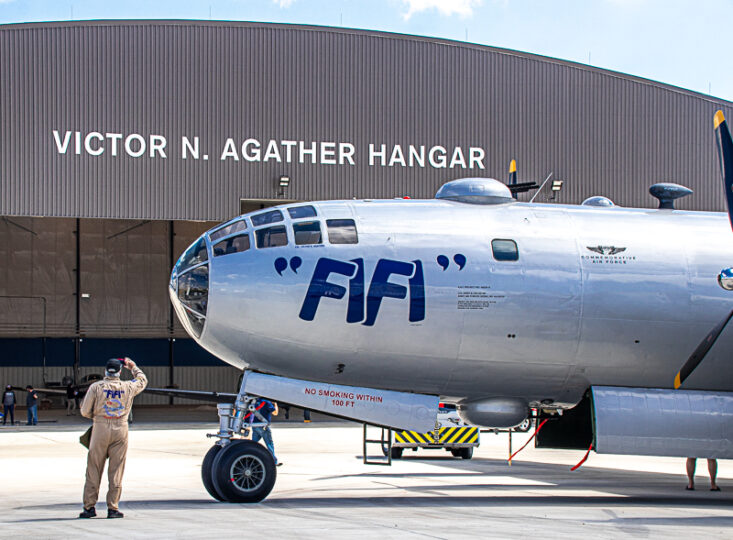 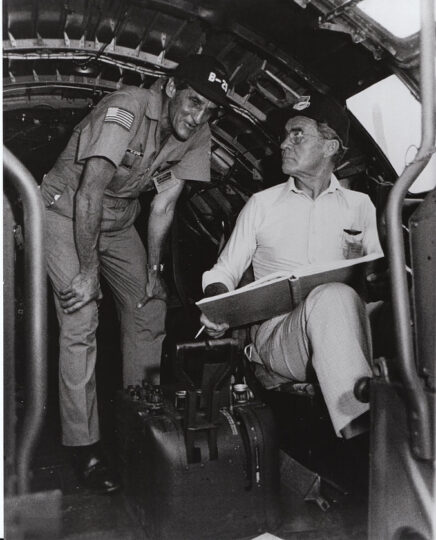 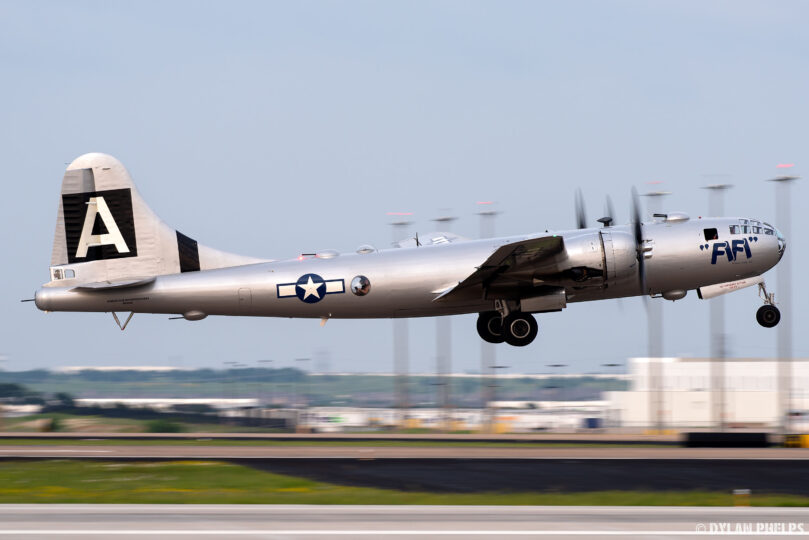 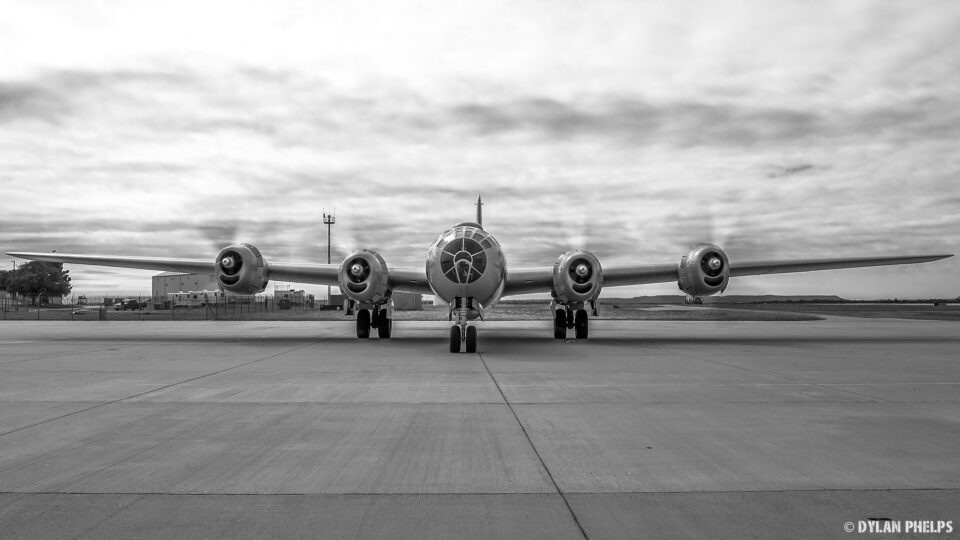 Agather joined the Commemorative Air Force (CAF) in 1964 as the 212th member. He financed the recovery and restoration of a B-29, now known as FIFI, named in honor of his wife, in 1971. When the aircraft was originally obtained by the CAF, the U.S. Air Force instituted a no-fly clause on the aircraft.  Ultimately, Agather was instrumental in the removal of the no-fly clause, allowing the B-29 to return to the air in 1974. Out of a need to make FIFI self-sustaining, Agather also developed the concept of touring the CAF's aircraft across the country, a practice that has helped the organization grow to what it is today.

Victor N. Agather Sr.  retired and moved to San Antonio, TX in 1994.  He died at his home on July 26, 2000, and in a fitting tribute, FIFI, the B-29 he helped salvage, was used to pay tribute to his passing.  Under a broad blue sky, the B-29 and four other World War II-era planes — Beech C-45s, including one that he donated to the CAF — made two passes over his son John’s residence. About 1,500 feet above the trees, the C-45s flew in a missing man formation. They were followed by the B-29.

Guests stared at the sky as the B-29, easily recognized by its distinctive 141-foot wingspan and the drone of four eighteen-cylinder air-cooled radial engines flew by. FIFI and the C-45s, at the time touring the Midwest, were diverted to San Antonio in honor of Agather.

"It's not all that common, but this is something we all wanted to do for Vic," said pilot Randy Sohn of Minneapolis, who flew the B-29 out of China Lake, CA., to Harlingen in 1971. He recalled that Agather was adamant about obtaining the warbird for the CAF. "It took a lot of doing, including intervention by Barry Goldwater, to get that B-29," Sohn recalled. "Vic put in more than $100,000 of his own money just to get FIFI to Harlingen."  (At the time, the CAF was based in Harlingen, TX.).