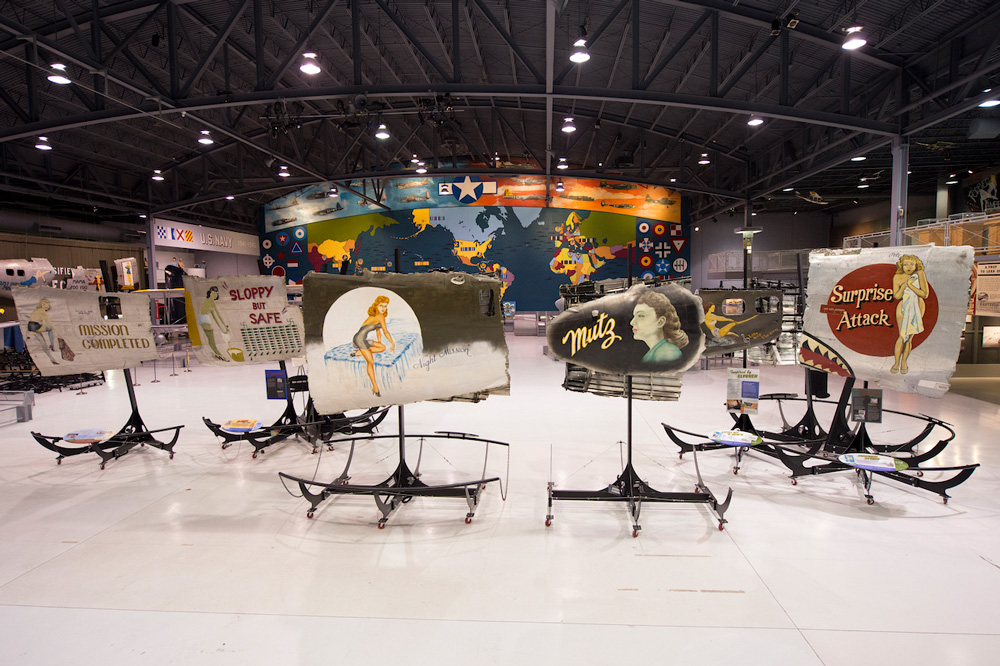 This art is presented as it was originally created. Please be advised before viewing this art was created in 1940s.  The style of art references pin-up girls, which were extremely popular at the time.

Fans of vintage nose art can thank an Arkansas man named Minot Pratt for saving these works of art from the scrap heap. Pratt was a manager at the junkyard in Walnut Ridge, Arkansas, where thousands of aircraft were sent to be cut up and disassembled after the war’s end. He liked the hand-painted pinup girls featured on the planes, and he instructed his workmen to remove them before destroying the aircraft. The metal scraps adorned with pinup girls were stored in a barn until the mid-1960s, when they were donated to the CAF.