The Henry B. Tippie National Aviation Education Center is striving  to be one the premiere World War II museums in Dallas. We tell the stories of those World War II airplanes as well as the people who flew and maintained them. Our lobby, named The Arsenal of Democracy, exhibits feature five stories from World War II: Texas’s role in the Allied victory , Women Airforce Service Pilots (WASP) who are America’s first female military pilots,  The “Aztec Eagles,” a Mexican fighter squadron, The Tuskegee Airmen who are America’s first black military pilots,  and. “Rosie the Riveter,” who were the women who worked in manufacturing roles to support America’s war effort.

The Brig. Gen. Charles McGee and Don Hinz Theater features videos about the Tuskegee Airmen and the WASP.

The Gallery is a collection of fifteen original nose art panels that adorned World War II B-17 and B-24 aircraft. Rescued from a post-WWII salvage yard in Walnut Ridge, Arkansas, these panels reflect the artistry (and humor!) of young American men thousands of miles from home.

Visitors to the Museum are especially fond of our hangar… and the planes that live there! The Victor N. Agather STEM Innovation Hangar, named in honor of World War II veteran, Victor Agather, provides hands-on educational activities and is also a working hangar housing World War II aircraft wo significant rare World War II aircraft, FIFI, a B-29 Superfortress and Diamond Lil, a B-24 Liberator are based out of this facility (there are only two flying examples of each aircraft left in the world.) These two priceless artifacts fly on the Airpower History Tour from April through November, offering rides and tours to the public at multiple airshows throughout the country.

Our specially trained docents are available to add to your experience. Their wealth of knowledge provides greater depth to the exhibits and artifacts of the Henry B. Tippie National Aviation Education Center Museum. This is  what makes us one of the most diverse World War II museums in Dallas. 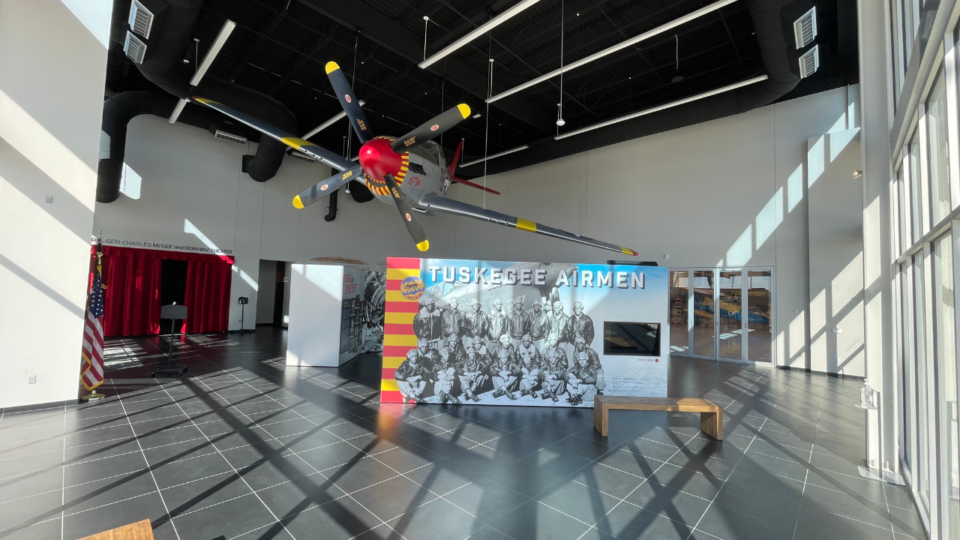 Posted in Education
Manage Cookie Consent
To provide the best experiences, we use technologies like cookies to store and/or access device information. Consenting to these technologies will allow us to process data such as browsing behavior or unique IDs on this site. Not consenting or withdrawing consent, may adversely affect certain features and functions.
Manage options Manage services Manage vendors Read more about these purposes
View preferences
{title} {title} {title}